While you should rely on your organizational metrics to measure developer productivity, quantitative measurement will sometimes miss important context. For example, you might be proud of how the backend developers are having a great time with their CI/CD, only to realize that the iOS engineers hate their release process that isn’t instrumented in any of your dashboards. A Developer Productivity Survey is an effective tool to bring qualitative feedback into your planning process and reduce your risk of meeting your metrics while missing your goal.

Most organizations run these surveys twice a year, with a focus on answering two questions:

For modest sized companies (e.g. less than thousands of engineers), surveys are often not the most effective way to measure your organization’s productivity, but a phenomenal way to better understand the developers you support. 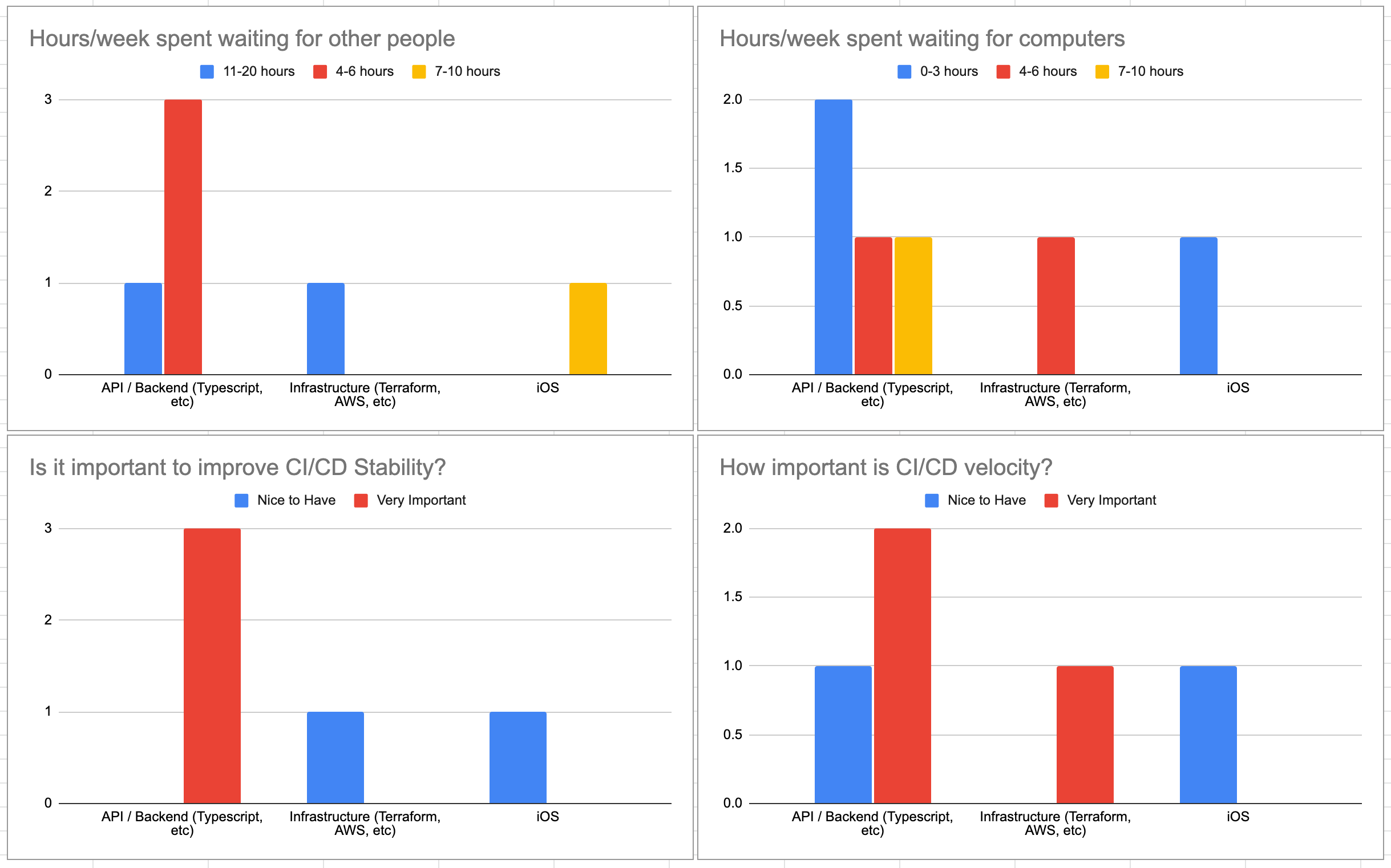 There are a wide range of topics you can choose to cover, and you’re going to want to balance focusing on areas you know are important and creating space to learn things you don’t already know. Some of the topics that these surveys often explore are: codebase quality, migration impact, code review experience, testing experience, CI/CD experience, and documentation.

You’ll have to figure out the right questions for your current organization, but as you design the survey remember the golden rule of survey writing: only collect information whose value you can show to the folks sharing their time to answer it.

Other Perspectives On Developer Productivity Surveys

Inspiration for Questions to Ask

Developer Productivity Surveys are a useful tool for determining what to focus on next. However, keep in mind that each time you send a survey, you’re entering into an implicit contract with the folks that you send it to: you will do something to address their concerns.

No one expects you to address all their concerns, but you should not send a survey if your schedule is already committed with other, unmovable work. If you do, you’ll find that you get fewer and fewer valuable responses over time, and that your survey becomes less valuble over time.

Hi folks. I'm Will aka @lethain, and this is Infrastructure Engineering, a project to collect and standardize how we approach infrastructure software engineering.

My other writing is available at An Elegant Puzzle. Staff Engineer, and my blog, Irrational Exuberance.

Would you like an email when new interviews are posted?