Fork this template on Google Docs

Healthy engineering organizations make a lot of technical decisions. Many of those decisions impact multiple teams (Frontend, Backend) and functions (Engineering, Product, Customer Success, Finance). It’s normal to either feel like you’re moving too slow (“too many stakeholders in every decision”) or that your reckless pace creates frequent rework as issues are discovered late (“this problem would have been obvious if you’d just talked to Security first”).

Successful organizations make an explicit tradeoff between quick and comprehensive technology decisions, and the Tech Spec is a key tool for documenting and facilitating that tradeoff, along with reviewing your Tech Specs in some sort of Tech Spec Review. 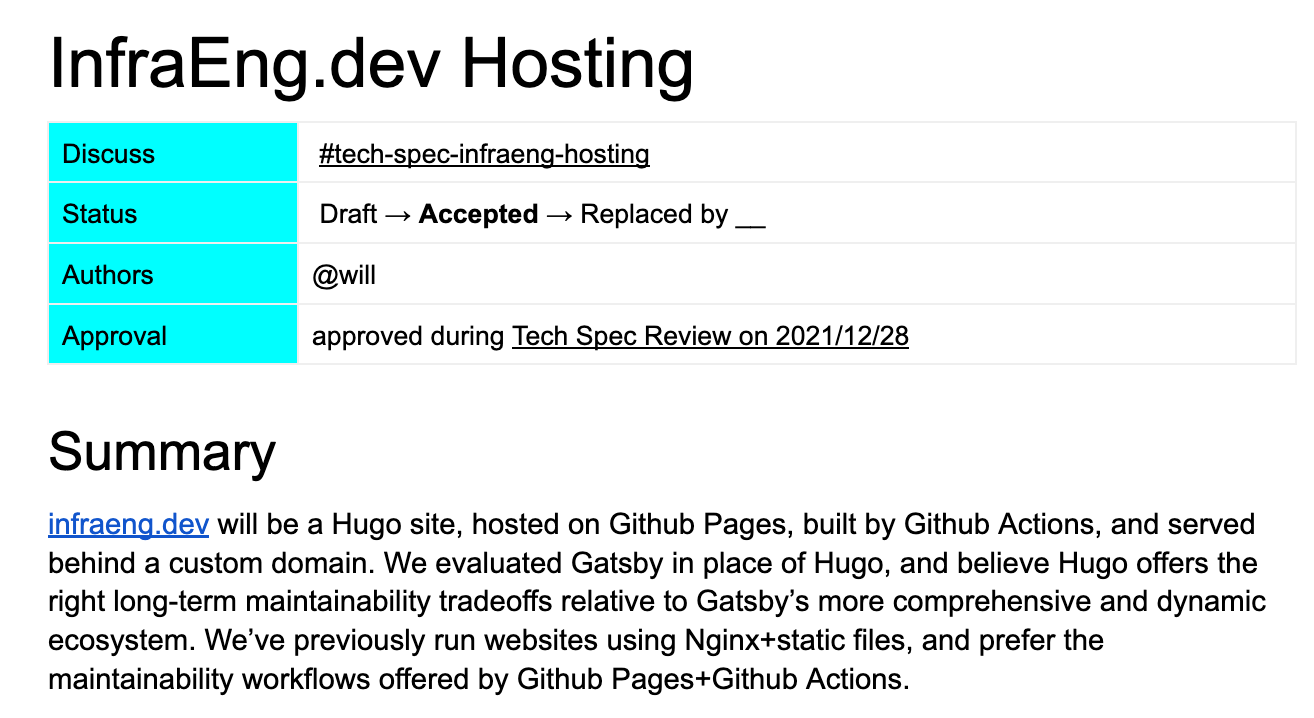 As you think through using Tech Specs, remember that while all engineering organizations have a Tech Spec template, the template itself is specific to each organization. Earlier stage companies may find this template too heavy, whereas larger companies may find that it ignores many key topics. As you look at the proposed template, consider if some other alternative formats suggested in Other Tech Spec Formats might be a better starting point, and always remember that the best template is the one that matches your organization’s particular tradeoff between decision velocity and decision quality.

Other Approaches to Tech Specs

Hi folks. I'm Will aka @lethain, and this is Infrastructure Engineering, a project to collect and standardize how we approach infrastructure software engineering.

My other writing is available at An Elegant Puzzle. Staff Engineer, and my blog, Irrational Exuberance.

Would you like an email when new interviews are posted?